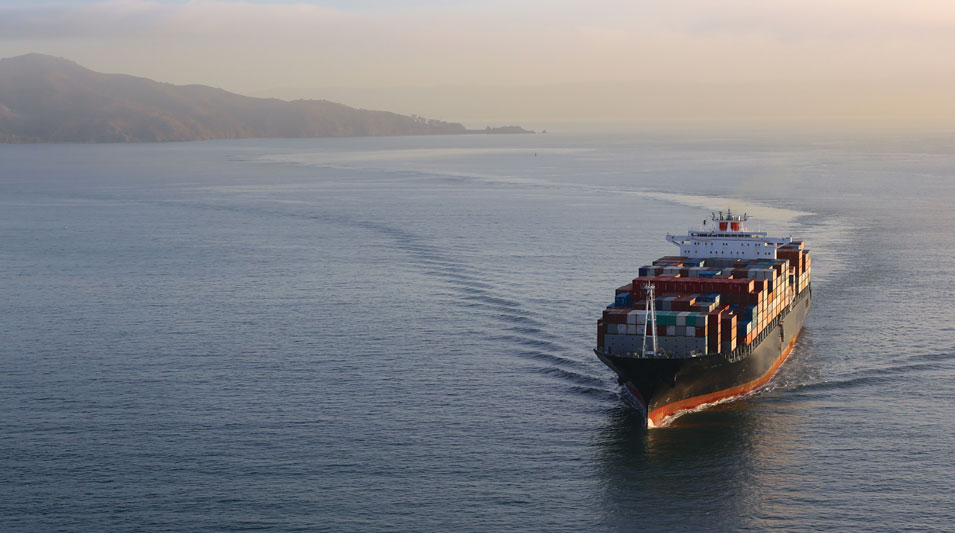 Nearly 99% of the world’s goods are transported by sea, out of which 77% are containerised cargo.

To regulate such a flow of goods and ships, many countries have implemented their own rules, which is why nowadays, we are all busy managing regulations as well as managing ships. Whether we like the new regulations or not, the truth is we have to comply with them. As the U.S. of America leads the way on environmental regulations and the implementation of their regulations is the most notorious in the shipping industry, we try to understand their regulations inside out.

What does the Clean Water Act Do (CWA)?

What is the requirement of CWA to facilities for waste discharges into navigable waterways?

To whom this permit applies? Applies to:

What is the goal of NPDES:

How this goal is to be achieved? 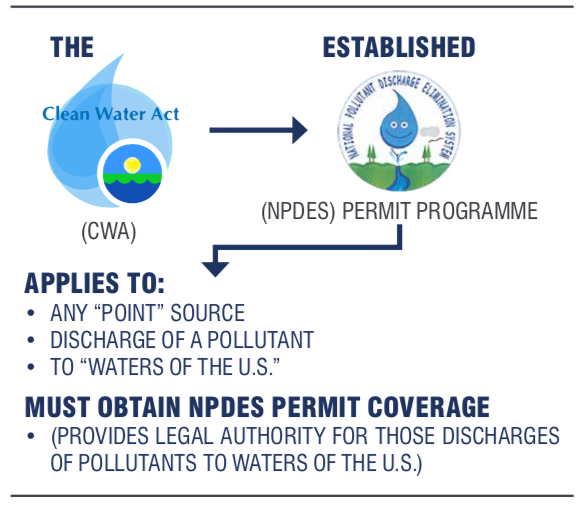 Who are considered as point sources of pollution? 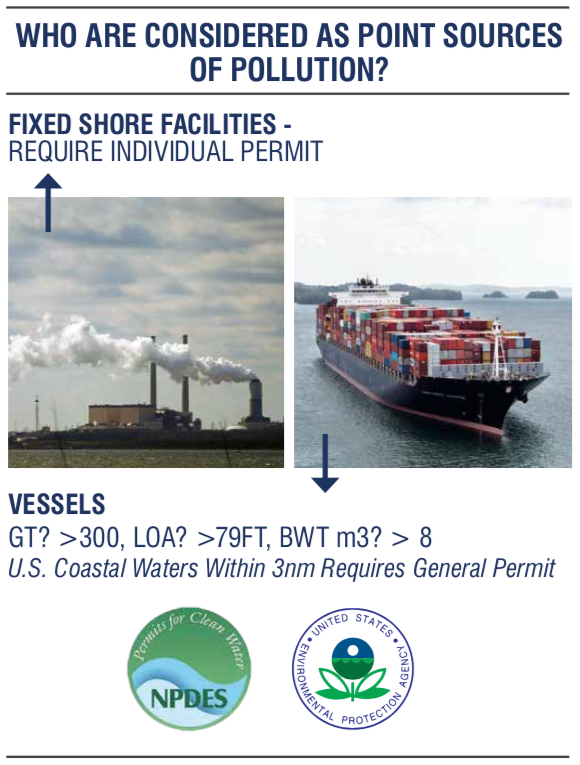 What is the VGP?

What are the Effluent limits and Related requirements? What are the limits of authorised pollution?

VGP is in force until it is replaced by the Vessel Incidental Discharge Act (VIDA). Implementation of VIDA is expected to commence on 3 December 2020 and be completed at an undetermined period of up to two years after above mentioned date.

WHAT REQUIREMENTS ARE ESTABLISHED BY VIDA?

What are the differences in primary responsibilities between VGP and VIDA:

EPA primary responsibilities:
VGP: Implements and administers, regulates the VGP.
VIDA: Will be responsible to establish standards relating
to the discharge of pollutants from vessels.

Is violation under VGP or VIDA provisions considered unlawful?

Yes. VGP and VIDA both make it unlawful for any person who violates any provision of the current VGP or future VIDA. Violators can be subject to administrative, civil and criminal penalties. Each day of a continuing VGP or VIDA violation is considered a separate offence.

To maintain Clean Waters:
In light with best marine practices: