Are you where you think you are? 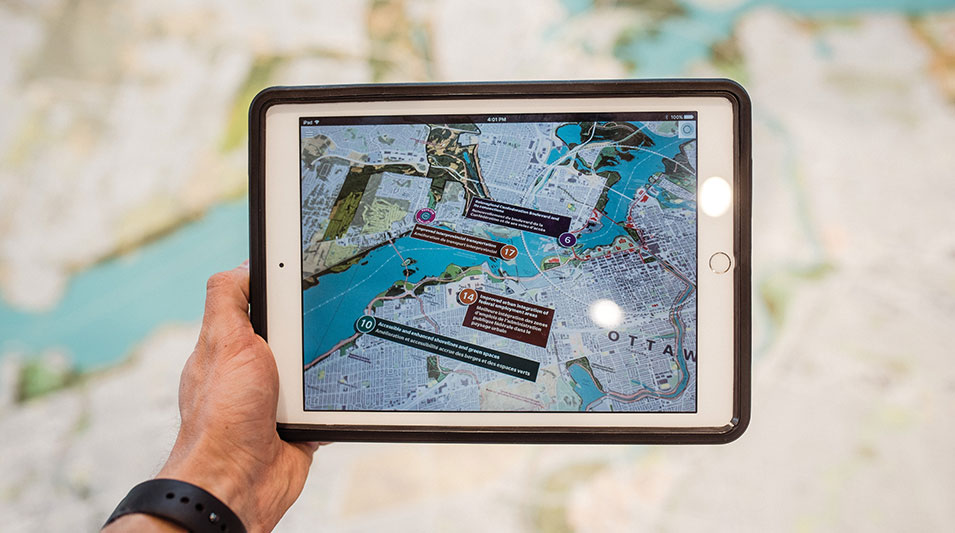 The Global Positioning System (GPS), together with GLONASS, BeiDou and Galileo forms the basis of the Global Navigation Satellite System (GNSS) that provides positioning, navigation and timing information (PNT) via satellites orbiting above the Earth. This information allows anyone with a compatible receiver to determine their position, velocity and precise universal and local time. Positional accuracy of up to one metre can be obtained from publicly available systems, and in the space of around forty years, this system has gone from a highly classified, and very expensive, tool used only in military and space applications, to something that almost anyone can have in their pocket via their mobile telephone. In this time period a growing number of industries, from aviation and shipping to agriculture, mining and digital gaming, have come to rely on the free, uninterrupted availability of PNT information provided by GNSS. This information, together with the internet, is one of the key enablers of modern society.

But are you really where you think you are?

There have been several recent cases of vessels reporting that their actual position is not the same as that shown by their satellite navigation system. In one widely reported incident in 2017, over 20 vessels in the Black Sea found that their GPS position showed that they were around 30 km inland. Other, similar incidents have been reported in several parts of the world, with concentrations of cases in the Eastern Mediterranean, Black Sea and Arabian Gulf. It is considered that events in the Black Sea may be related to political tensions in eastern Ukraine and those in the eastern Mediterranean to the ongoing war in Syria. In a more recent case, it has been suggested that the detention of the tanker Stena Imperio by Iran may have taken place after the vessel’s navigation systems had been affected by spoofing. And it is not just ships that have this problem: in March 2019 the GPS systems in a number of vehicles at the Geneva Motor Show in Switzerland suddenly started displaying their position as Buckingham, England (over 800 km away) and the year as 2036!

The cause of these anomalies of time and location is so– called GPS “Spoofing”.

It should be noted that whilst the phenomenon is often called “GPS spoofing” it should more properly be referred to as “GNSS spoofing”, as all existing navigation satellite systems are susceptible to attack. Wikipedia defines GPS spoofing as:

A GPS spoofing attack attempts to deceive a GPS receiver by broadcasting incorrect GPS signals, structured to resemble a set of normal GPS signals, or by rebroadcasting genuine signals captured elsewhere or at a different time. These spoofed signals may be modified in such a way as to cause the receiver to estimate its position to be somewhere other than where it actually is, or to be located where it is but at a different time, as determined by the attacker.

Put simply, a spoofing attack gives the GNSS receiver a false signal which means that the PNT information can no longer be relied upon. This differs from deliberate blocking or interruption of the signal – a “jamming” attack – in that it may not be immediately or easily detectable.

Ever since the first satellite navigation systems became operational, people have been devising ways to block or interfere with the signal. The fact that the technology needed to cause disruption was complex, expensive and often physically large meant that for many years GNSS spoofing or jamming was the preserve of advanced and well – funded military and government agencies. What has changed is that this is no longer the case: open – source technology and commercially available systems mean that a GNSS spoofing capability may now be acquired for a few hundred dollars with equipment that will fit onto the palm of the hand. This allows criminals, terrorists, activists or just mischievous “computer geeks” to disrupt the free flow of vital PNT information with potentially catastrophic results.

The immediate dangers to safe navigation are obvious, but there are a whole host of wider problems which may be caused by the loss of GNSS. These include loss of precise time information used in stock exchange operations, degradation of weather forecasting information, loss of digital radio and video broadcasts, disruption to electricity transmission, inability to track tagged people and animals, loss of taxi apps such as Uber and disruption to supply chains, potentially leading to shortages of food, raw materials and consumer goods. A study commissioned by the UK Space Agency and the Royal Institution of Navigation estimated that a five – day disruption of GNSS would cost the British economy £5.2 billion – around $6.35 billion! It is unlikely that an “amateur” spoofer could cause this level of disruption and it is still beyond the ability of most individuals or groups to disrupt GNSS in deep ocean, but it is important to be aware that spoofing can happen almost anywhere.

So, what can we do about it?

Spoofing and jamming cannot be stopped by the normal user. There are, however, a number of technical solutions to counter the effects of interference; these include:

These countermeasures are clearly beyond the scope of the navigator onboard ship, but an “intelligent wariness” or “Chronic unease” – understanding that GPS can go wrong – together with the following sensible, seaman-like precautions can mitigate the effects of GNSS disruption:

Most importantly – Report all anomalies, problems and loss of performance in GNSS to your DPA and Technical Manager – your report should include dates, times, position and, if possible, screen shots of the equipment affected.

Stay safe, stay aware of your position – Are you really where you think you are?