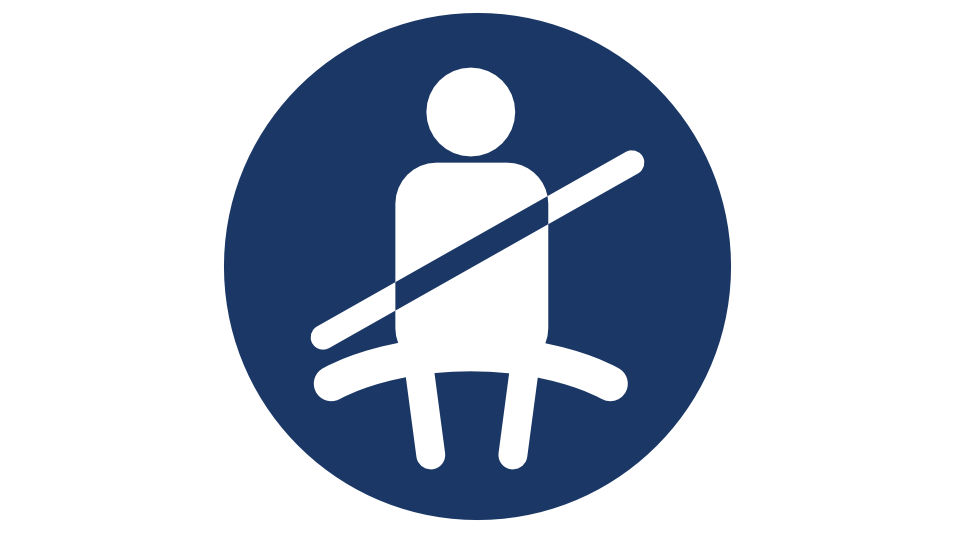 A 1985 study, using British and American crash reports as data, categorized the reasons for accidents as follows:

This study, and others like it, found that modifications to vehicles or improvements to the road are generally more effective in reducing injuries than efforts to change driver behavior. However, the major exception to this finding was the effect of laws requiring the use of seat belts.
Wikipedia describes seat belts as follows:

A seat belt or seatbelt, sometimes called a safety belt, is a safety harness designed to secure the occupant of a vehicle against harmful movement that may result from a collision or a sudden stop. As part of an overall automobile passive safety system, seat belts are intended to reduce injuries by stopping the wearer from hitting hard interior elements of the vehicle, or other passengers (the so-called second impact), are in the correct position for the airbag to deploy and prevent the passenger from being thrown from the vehicle. Seat belts also absorb energy by being designed to stretch during any sudden deceleration, so that there is less speed differential between the passenger’s body and their vehicle interior, and also to spread the loading of impact on the passenger’s body.

When a car stops suddenly, unsecured objects inside the car keep moving until something stops them. It doesn’t make a difference if the car has travelled 50 metres or 500 kilometres. If that unsecured object is you, and the thing that stops you is the steering wheel or the windscreen, you are likely to sustain life-threatening injuries. At a speed of only 50 kilometres per hour (30 mph) a person will be moving at about the same speed as if they had jumped from a height of 10 metres. You would not jump off a 10-metre building, so why travel without a seat belt? And consider this: even if you are wearing your seatbelt, you are at risk of being hit by other occupants who are not wearing theirs.

Research has shown that, across all collision types, wearing a seat belt reduces the risk of death by between 30 and 50 percent.

So-called “rollovers” have become more common in recent years, perhaps due to the increased popularity of taller SUVs, people carriers, and minivans, which have a higher center of gravity than standard passenger cars. Rollovers can be fatal, especially if the occupants are thrown out of the vehicle because they were not wearing seat belts – 83% of ejections during rollovers were fatal when the driver did not wear a seat belt, compared to only 25% when they did.

According to a fact sheet produced by the United States National Highway Traffic Safety Administration (NHTSA): In 2012, seat belts saved an estimated 12,174 lives among passenger vehicle occupants aged 5 and older. Research has found that lap/shoulder seat belts, when used, reduce the risk of fatal injury to front-seat passenger car occupants by 45% and the risk of moderate-to-critical injury by 50%. Research on the effectiveness of child safety seats has found them to reduce the risk of fatal injury by 71% for infants (younger than 1 year old) and by 54% for toddlers (1 to 4 years old) in passenger cars.

In the state of Victoria, Australia, despite large increases in population and the number of vehicles, road deaths had fallen below 300 in the year 2009. This was less than a third of the 1970 level, the lowest since records were kept, and far below the death rate per head of population in most countries in the world. This reduction was generally attributed to aggressive road safety campaigns, beginning with the introduction of seat belt laws.

Virtually all studies by road safety authorities throughout the world have concluded that seat belt legislation has reduced the number of casualties in road accidents, and as a result most countries have at least some laws enforcing the use of seat belts. These countries include all the locations of Uniteam Group of Companies offices (Cyprus, Germany, Myanmar, Singapore and Ukraine) and all the other countries from which we recruit the majority of our seafarers, including Russia, Poland, China and the Philippines. Many countries have also taken measures to safeguard young children by introducing legislation to make the use of child safety seats compulsory.

But, as always, safety is not just about the law, it is about YOUR personal wellbeing and the wellbeing of those around you.

A final thought: Some 68,000 road traffic deaths in 2013 were children less than five years old – would you drop your child off a 10 metre cliff?

Drivers and Passengers should…