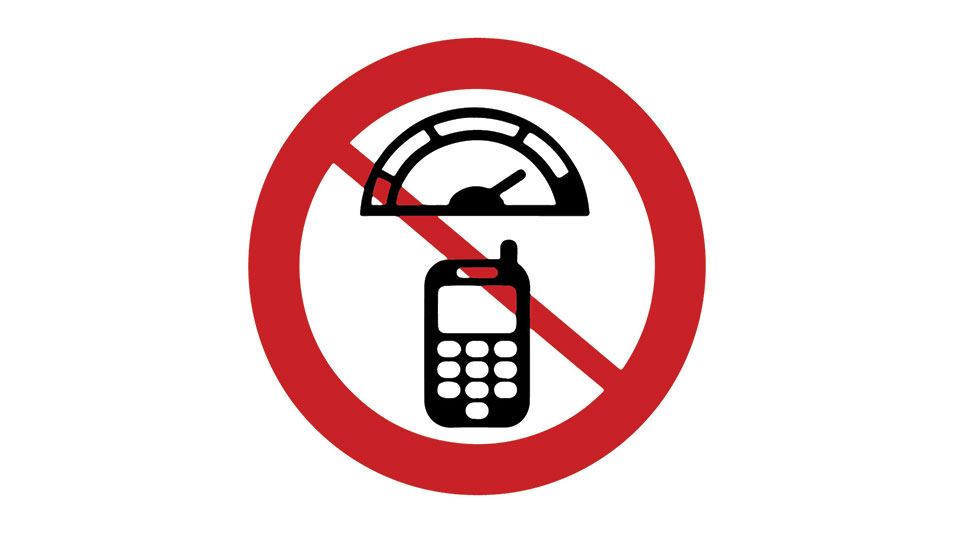 When the TH!NK Life Saving Rules were introduced in November 2016, some of the most important early feedback concerned the use of cell phones and other mobile devices.

Many of our Captains considered that this was becoming a problem, so we started a “Don’t Get Distracted” campaign to alert people to the dangers, and altered our Company policies to give clear guidance when mobile devices may and may not be used. However, the problem has not gone away, and it is worth reconsidering the consequences of becoming distracted.

A great deal of research has been conducted into the effect of mobile phone use on those driving a car and, whilst not all the findings are conclusive, it is clear that anything that distracts a driver from their primary task greatly increases the chance of an accident:

In the United States, it is now estimated that as many as 25% of road accidents are caused by people using mobile phones, and in Britain it has been suggested that mobile phone use will soon become the biggest cause of fatal road accidents. What is very worrying is that despite wide- spread evidence of the dangers, a range of information and educational materials, and increasingly restrictive laws, it appears that people are becoming more likely to use their mobile devices when driving or working. A study in the United Kingdom found that the percentage of drivers admitting to using their phones while on the road actually increased from 8% in 2014 to 31% in 2016, an increase of 23% in just two years.
The dangers of using mobile phones on the roads and in the workplace are very clear, and there has been a dramatic rise in workplace injuries associated with mobile phone use. In the maritime industry, both the US Coast Guard and the United Kingdom Maritime and Coastguard Agency have issued guidance notices on the subject of mobile devices and navigational safety. Recent navigational incidents directly attributed to the use of mobile devices include:

It must be stressed that the danger is not only to navigation – a moment’s inattention when handling ropes or wires, when operating machinery, or simply when moving around a ship at sea, can quickly result in injury.

Accident investigators, both ashore and afloat, are increasingly asking if use of a mobile device may have contributed to the event, and insurance companies may refuse to cover certain incidents if it is discovered that they were caused by inappropriate use of such devices.

The evidence is conclusive: using a mobile phone or other electronic device such as a tablet distracts the user from concentrating on their job. Three main types of distraction have been identified:

It is clearly potentially very dangerous to use electronic devices whilst working and this practice is forbidden on all Uniteam Marine vessels.

Mobile devices are wonderful tools for finding information, viewing films or playing games and, of course, keeping in touch with friends and family. But just because we can use them almost anywhere, doesn’t mean we should use them. Please, take a minute to think: “Is now the right time to use my mobile device, could I put myself or others in danger?” Don’t get hurt by a fatal distraction.